For many years, Elise has wanted to have a center for healing, education, and wellness-merging the principles and practice of yoga & life/health coaching all in one place. When the opportunity was presented to take over the studio, it didn’t take long to realize this was the path that she had been lead to.

Elise has had anything but a traditional life and career path. Her fearless attitude and passion for life and people has lead her on an amazing, colorful journey. She has reinvented herself several times through her own discovery process and, as a result, enjoyed many successful careers. Born and raised in New Jersey, she’s lived in Philadelphia/Pittsburgh, PA, Branson, Missouri, and in 1995 settled at the beach where she always said she would someday live.

Elise has worked in restaurants, theaters, and retail management. She is not a stranger to practice as an accomplished musician having played the violin since the age of 9.  She was a member of the Long Bay Symphony for 13 years. She spent 10 years sharing her encouragement, enthusiasm and perspective through radio. Listeners may have heard her in Myrtle Beach, South Carolina along the Grand Strand on Star 92.1 (Currently Energy 92.1) with the Bill n’ Elise Good Morning Show, middays on K-Country 103.1, (now NASH 106.5 FM) or on 101.7 WKZQ (now 96.1) as mrs. Robinson.

Elise began practicing yoga in 2006 and found an immediate connection to the practice she wanted to share.  She entered into teacher training and gained a different perspective about life.  She has an innate ability to connect to students of all ages.

Fresh out of teacher training, Elise was offered the opportunity to teach yoga in the schools for Empowered Minds (previously Yoga Kidz), a non-profit organization created by the T-Bonz Foundation. This is an amazing program that brings the principles of yoga, mindfulness and breathing into the schools in a creative way to help build a bridge from the mat to the classroom and everyday life. She is responsible for growing the program and creating awareness in Myrtle Beach.

As a professor at Coastal Carolina University, she taught yoga for 6 years and truly loved every minute of this experience. She incorporated meditation and breathing as well as some of the principles of the yoga practice, to help empower students and reduce the stress and anxiety that comes with being a college student.

In her life/health coaching practice, Elise specializes in helping you navigate through difficult transitions in all areas of life. She focuses on healing the whole body from the inside out. Elise has always been the "go-to-girl" for friends and colleagues encountering difficult situations. In part, Elise has attributed her life transformation to her regular yoga and meditation practice by applying and integrating learned principles in her life.

As an instructor, Elise brings her love of the practice and life, marrying the traditional teachings of yoga, coaching and a light-heartedness, helping you build a bridge from the mat to your everyday life creating more awareness, balance, peace and joy and most of all; love.

Elise earned a bachelor’s degree in Communication Disorders from the University of Pittsburgh (1990) and a Master’s of Science in Speech Language Pathology from California University of Pennsylvania.  She completed her education in Life Coaching at Coach Training Alliance (2008), Holistic Health Coaching at The Institute for Integrative Nutrition 92015), 200 hour yoga teacher training in 2010, 500 hour YTT, and meditation training in 2012, Reiki 1 and is certified in Reflexology and Aromatouch Technique. 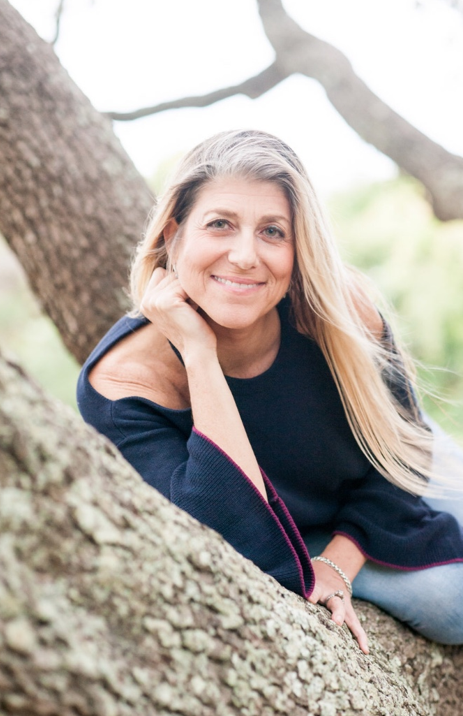